AFTER EASTER, AFTER THE BUG. 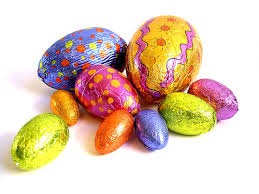 Here I am again, behind on seat.

I had a wonderful time over Easter, which was full of dressing-up and happy smiles and confetti and good food and meeting nice and interesting people, followed by idle lazing, egg-hunting and walks in Wanstead Woods. Yes, Easter was blissful and good and such a joyful time after all the wedding preparations.

Then, getting home, we hit pause, as they say. We went down with A Bug. I have to say that I didn’t really care: to have had the wedding go merrily and without any hitches was more than enough for me.

However, the horrid cold laid us low. Worse, it filled the brain with thick mists of stupidity and the chest with nasty stuff. Groo! 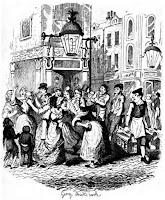 Was I surprised? Not really. I have a half-belief in The London Miasma – an invisible airborne soup of bacteria and germs and suchlike - that dwells within the London Underground and seeps out of grates and drains to attack all passers-by. The constant Londoner is, of course, immune to this onslaught, but visitors are swiftly invaded and felled.

Even though the original Miasma theory may have been refuted by Dr Snow back at Seven Dials, as explained in THE GHOST MAP, I am keen on my current interpretation, especially when hacking and coughing in a feverish bed. As for the “air” circulating not in trains but in planes . . . 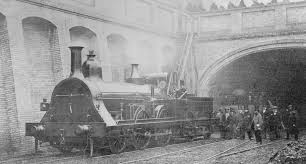 But this week – and aren’t you glad of a change of subject? -  I’m moving on. The nasty coldy thing has cleared and I can do now more than waft about like a gloomy grey shadow. Moreover, I am feeling a teeny bit optimistic, a bit more able to handle things, which I seriously doubted back in the dark clouds of last week.

So here I am, back at the desk and blog-face, keying these words in as a sign of good faith for the future. More, I hope, anon.

Have just read THE MURDSTONE TRILOGY by MAL PEET. An interestingly satirical angle on the writing of best-selling fantasy “nobbles”. There is Philip the pathetic author, other slightly overblown characters, a powerful amulet and an added Faustian pact, all enthusiastically written and enjoyable. However, alongside the romping plot, Peet is very pointedly “ouchy” about the writing life and the publishing world. I wasn’t sure whether his humour boosted my hopes exactly, but I’m glad I read it – and when I was feeling a bit brighter too: all too true in places.
Posted by Penny Dolan at 06:46