I'm here, back at my blog to post about two lovely school visits I've made for World Book Day 2016. What a pleasure they were! 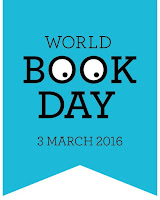 But first, I’m thinking about an Author Visit back from very late last year, when I went to ALANBROOKE PRIMARY SCHOOL near Thirsk in North Yorkshire. That felt a very fine visit too, but a particularly busy Christmas came straight afterwards so I had no time to open this blog up at all.  Apologies! I am sure Alanbrooke will have had a very good World Book Day week indeed, despite the snow, as the school, staff and pupils had plenty of links to people and places around the world.
I recall being very impressed by the inclusive and encouraging way that Alanbrooke used computers within the curriculum, and rather wanted to know more about how and what and why and more, but during the day there wasn’t time. Having a still-professional nosiness about classroom practice can be quite frustrating at times.
I heard that the school had, fairly recently, been without any IT for more than a year. An earlier round of York floods meant the school had to move into "un-wired" premises and the teachers had to get used to teaching without electronic back up. Perhaps that break was why they were able to use IT in such an easy spirit? I know they had an enthusiastic mentor-and-mechanic there most days which must have helped things along.
Thank you, Alanbrooke Primary School, for a good day and one that restored my confidence about the use of computers within education! 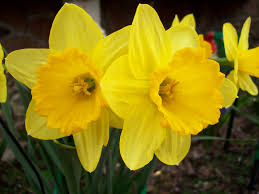 Now, on to March and the start of World Book Day celebrations for 2016.
Wednesday was an early start, with a drive down the M1 and across to OVERTHORPE C.E PRIMARY ACADEMY, high above Dewsbury. The school was very welcoming, the children and staff friendly, and the whole day so competently arranged. Although everyone was dressed up, the fun was balanced by a nicely calm atmosphere, and there was even a book stall at the end of the day. What a joy!

There was some extra excitement when thin snow started falling outside and even more when thunder boomed at just the right moment in my story.
By lunchtime the storm had gone and I peered out at the sun streaming through the brisk clouds, lighting up the grounds. This was when I heard all about the outside life of Overthorpe, and the double ponds and the grass and the bulbs and the tree-planting and the poly-tunnel and other gardening plans. I always feel so cheered when schools make the natural world some part of their pupil’s own lives.
Once, I was told, you’d see slag-heaps and pitheads from the top of the hill but in between there were green places to play and roam. I felt glad that Overthorpe was able to open up some sense of space and freedom for their children.

My destination on Thursday was a bit closer: I was at HUNSLET CARR PRIMARY SCHOOL in Leeds. The travel went well – still no snow – but my satnav was in a crotchety mood. It delivered me accurately for the postcode but into a series of cul-de-sacs and dead-ends where streets that once joined up, leading through to the school gates now didn’t. In the end I and my car and talk-bags got there, got parked and got into the school itself. Phew!
From then on, the morning improved. I was very impressed by my glimpse of a rumbustious Book Character assembly, with lots of laughing and dancing and dressing up, both staff and children. Then came my sessions, and even a moment for a quick nursery storytime, and I hope that everyone at Hunslet Carr enjoyed the visit as much as I did. 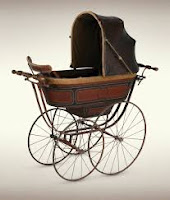 At Hunslet Carr, I was so focused on the getting-in with all my talk stuff , on the glass-fronted entrances and reception area and the bright new look of the school interior that I hadn’t really noticed the place. Then, pausing in the hall as I set up, I suddenly saw the beautiful beams holding up the roof and there, on the mezzanine corridor – a hanging banner from the long ago Hunslet Labour marches. This was a school with, despite all the paint, a fine sense of history. All the way up the main staircase – and it delighted me to see them – were objects from the school’s past life and a collection of playthings from the last centuries.
The most poignant was an old slightly faded photo, showing the victorious Hunslet Carr AFC team 1910- 1911. I looked at the faces off all those young players and their Headmaster, and saw the words “The Unbeaten Team” and a list of their winning matches and goals scored. Then, uneasy, I stared at the dates again and realised those boys may well have been among those sent to the battle fields of Flanders a couple of years later. I couldn’t help wonder if those lads had stayed unbeaten?
The second delightful thing was the library area: a small but cosy room, with carpets, cushions, a gentle light and plenty of new and inviting books. Thankfully, one teacher has time out to look after the library stock and to run library sessions, as well as support from Leeds Schools Library Service. All this care showed in the very atmosphere of the room; I could almost feel the sense of pleasure the children gain during their sessions there. Thank you, everyone at Hunslet Carr, for making the day such a good visit. Thoughtful architecture – and I don’t mean vast atriums – really does affect the feel of a school building.

Thinking over these descriptions, I’ve realised that each of these three schools offered something extra, something beyond the rigours of the National Curriculum. Each school, and members of staff within, had planned for a wider view and so enriched their pupil’s lives: a thing to be very happy about.
(There may, of course, be other things I didn’t notice because my attention was mainly on my work. If so, apologies for anything or anyone I’ve missed out.) 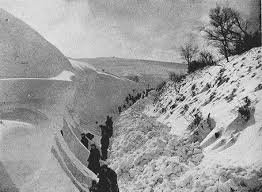 It's Friday today, and I’m hoping the greyness outside will mean I can do some writing inside during this weekend, as well as looking forward to next week’s visit to a school in Keighley.

Should be interesting getting there as one route across has been closed all summer because of a rock fall and another has been blocked by the sudden white stuff.


I must look and see if there's another route will be open, and trust to my AtoZ of West Yorkshire as well as that tricksy satnav . . . wish me luck!

Meanwhile, many good wishes to all of the children’s writers, illustrators, librarians and book-people travelling around the land, Have a happy World Book Day day/week/fortnight or month, and I hope the snow and cold of March doesn't stay to haunt your fun.
Bye for now!